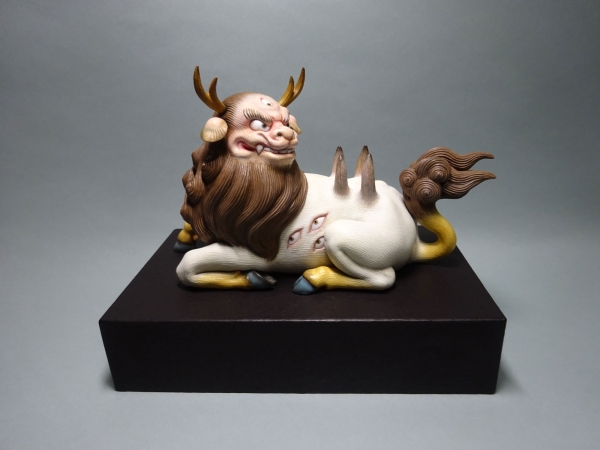 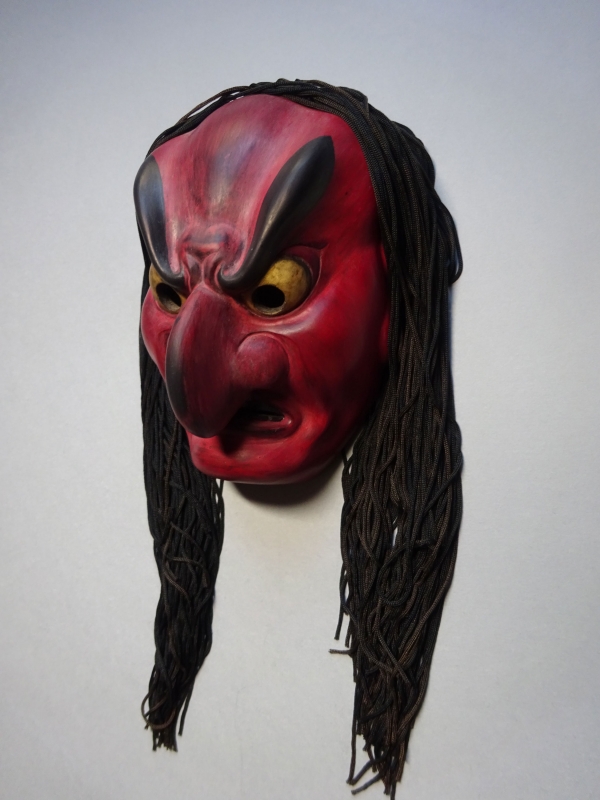 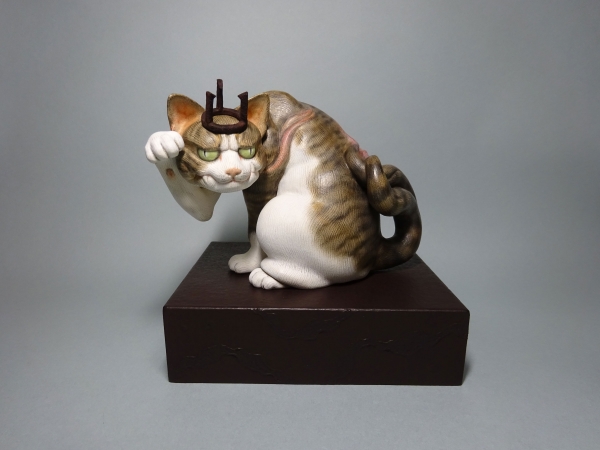 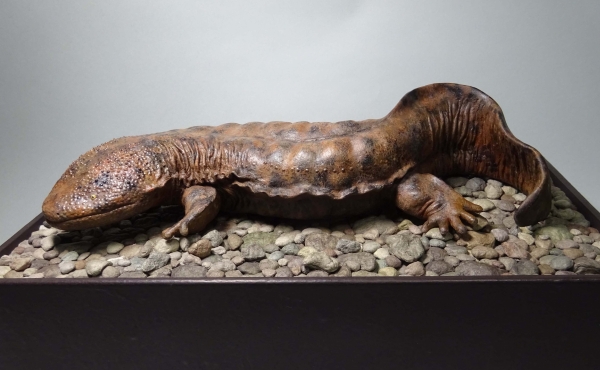 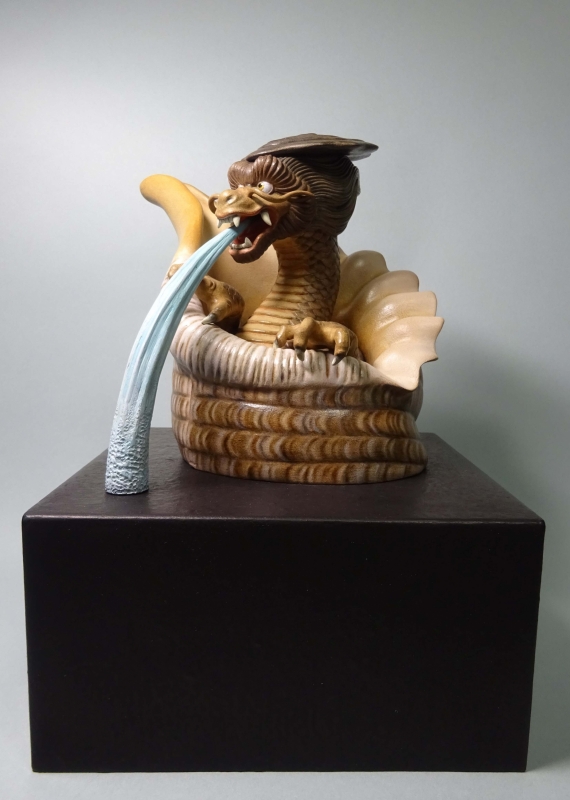 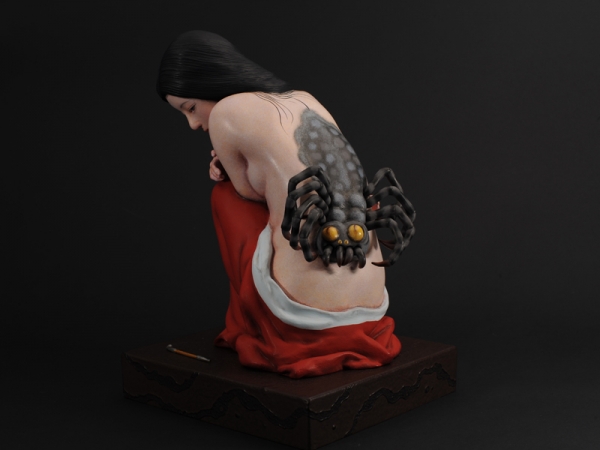 Papier mache is a technique handed down from China and is also called "Hariko" or "Harinuki." It is said that works using this technique (mainly toys, masks, etc.) were most actively made since the middle of the Edo period. The method is to attach wet paper to the surface of the mold, dry it, and then remove the paper from the mold and finish with coloring. Since the procedure was simple and the materials were inexpensive, a large number of handmade products with distinctive features were made in each region until the middle of the Showa era, but new materials such as plastic appeared and melted paper was used. Due to the development of mass-production techniques using conventional machines, traditional hand-made papier-mache works are rapidly disappearing. On the other hand, there is room for expanding the range of expression by simply devising this simple technique, and in combination with a familiar material called "paper", it is an essential technique for me. 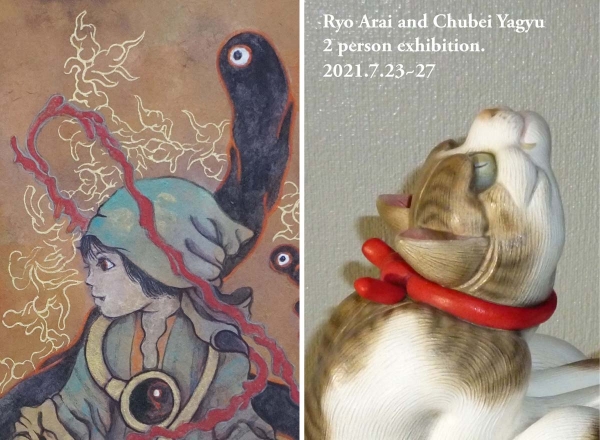 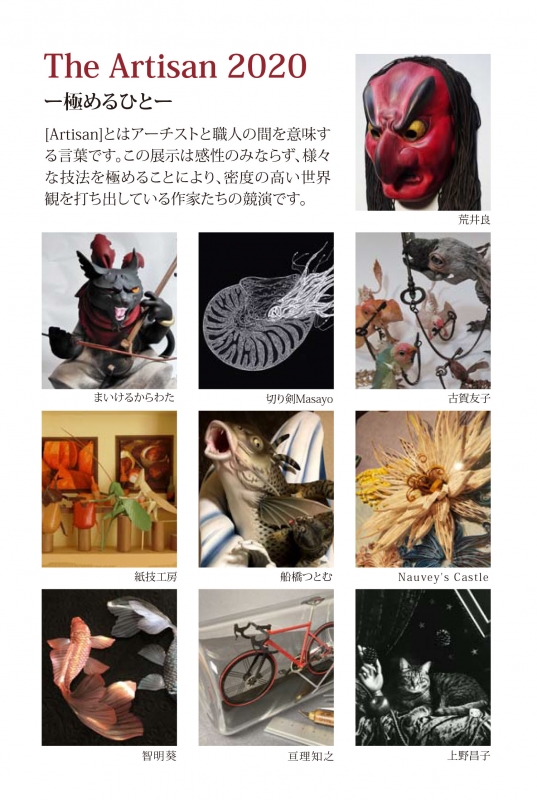 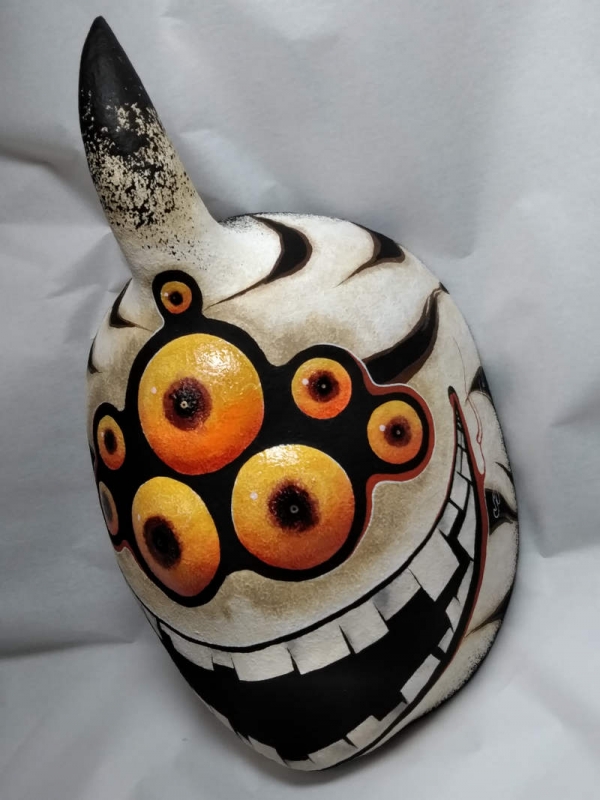